Skippers’ Plan Athlete and Team of the Year 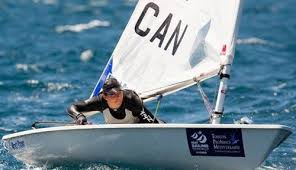 Skippers’ Plan Female Athlete of the Year, Isabella Bertold spent the first half of her 2014 season rehabbing her injuries and eventually returned to competition at the World Championships in September qualifying Canada in the Radial class for Rio 2016. Her performance was the top Canadian result across all classes. After more recovery, Isabella travelled to Australia in December and placed 5th overall at the Melbourne World Cup, catapulting her up the rankings from 44th to 12th overall in the world. “I am very happy to qualify Canada for Rio 2016 Games and then finish my year with a 5th place finish. I have a lot of people to thank for helping me get back out on the boat, they’re all winning this award with me.”

Isabella Bertold has enjoyed a string of success over the last 5 years including titles of Junior and Senior National champion, 4th at the ISAF Youth Worlds, 3rd at Miami OCR, and a career world ranking of 2nd in 2013.

While at home in Vancouver, Isabella spends part of her time at the Yacht Club, training and mentoring young sailors and the other portion of her time is spent completing her degree in Commerce from the Sauder School of Business at UBC. 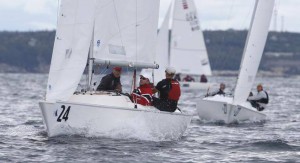 The Skippers’ Plan Team of the Year had a very triumphant season with the pinnacle performance of 2nd place at the IFDS World Championships in Halifax, NS last summer. Paul Tingley (Halifax, NS), Scott Lutes (Montreal, QC) & Logan Campbell (Sask, SK) are a dynamic new trio sailing the Paralympic Sonar boat and finding quick success. Olympian Andreas Josenhans is very impressed with their trajectory saying, “These men executed a well-conceived plan this year that moved them rapidly up the ranks and have established themselves as serious contenders.”

The Canadian Sonar team also captured the silver medal at the National Offshore One-Design Regatta in St. Petersburg, Florida, 2nd at the Clagett Regatta and 4th overall at Miami OCR. Aside from these impressive scores, Paul, Scott and Logan are all fantastic ambassadors for sport of sailing coaching up and coming young 2.4mR sailors at the 2013 Jeux Canada Games and providing guidance, resources and their time to fellow competitors from all over the world. This powerful yet humble team are not only being honoured as Skippers’ Plan Team of the Year, they have been selected as one of the Rolex Sailor of the Year finalists. 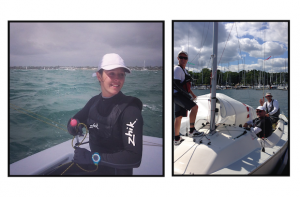