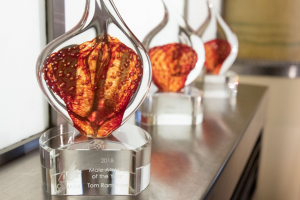 Awards.  This year’s event was hosted at the Carlu in Toronto where Andrew Robertson presented the  Skippers’ Plan Award to the top male and female sailors in Canada. This award recognizes the achievements of top Canadian sailors based on regatta results in the previous year as judged by Sail Canada.

Congratulations to the 2018 Skippers’ Plan Female & Male Athletes Of The Year. 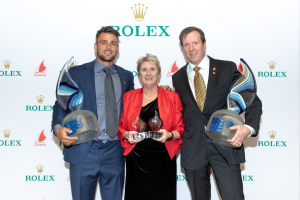 Tom is a well decorated Canadian sailor, having previously been honoured with the Nathan Cowan Memorial Award, awarded to the best developing sailor of the year, the Marvin McDill award, also known as the Rookie of the Year Award as well as a two-time Skippers’ Plan Male Athlete of the Year award recipient.

Tom’s performance at the 2019 Miami World Cup proved that he continues to improve his skills every step of the way towards the podium. Learning to sail at the small club of Stoney Lake Yacht Club, Tom is an inspiration to youth sailors showing them that if you have the passion and drive, your possibilities are endless. 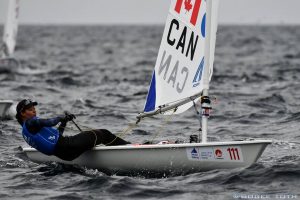 Since starting in the Opti, Sarah Douglas has always shown excellence on the water, from her performance on the Opti circuit to representing Canada at the Youth Olympic Games, this sailor has continued the climb to where she now sits as one of the top Laser Radial sailors in the world.

A veteran of receiving awards, Sarah has previously been honoured with the Marvin McDill Memorial Award, and now Skippers’ Plan Female Athlete of the Year.  As she remains Laser Radial focused on her goal of representing Canada at the 2020 Tokyo Olympics. Sarah exemplifies world-class performance, dedication and passion for the sport of sailing. She is an inspiration to athletes across Canada and continues to give back to the community.

“It was a special privilege to present the award to Sarah Douglas who hails from the same yacht club as Petra Fischer and me” said Andrew Robertson. ” Unfortunately Sarah was training hard in Spain and was not able to accept her award in person.  Receiving the award on her behalf  was – fellow ABYC sailor and  long-time friend of the Skippers’ Plan crew –  Wendy Loat.” 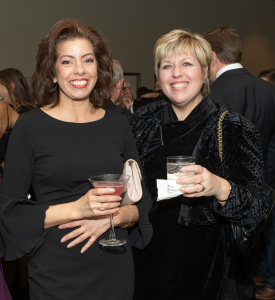 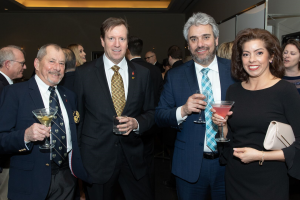 Discover why boaters have trusted Skippers’ Plan
with their boat insurance for over 70 years!

Get an online quote today!